We believe that a diverse leadership team, rich in expertise and experience, can transform an organization. At HIA, our people are part of our purpose. 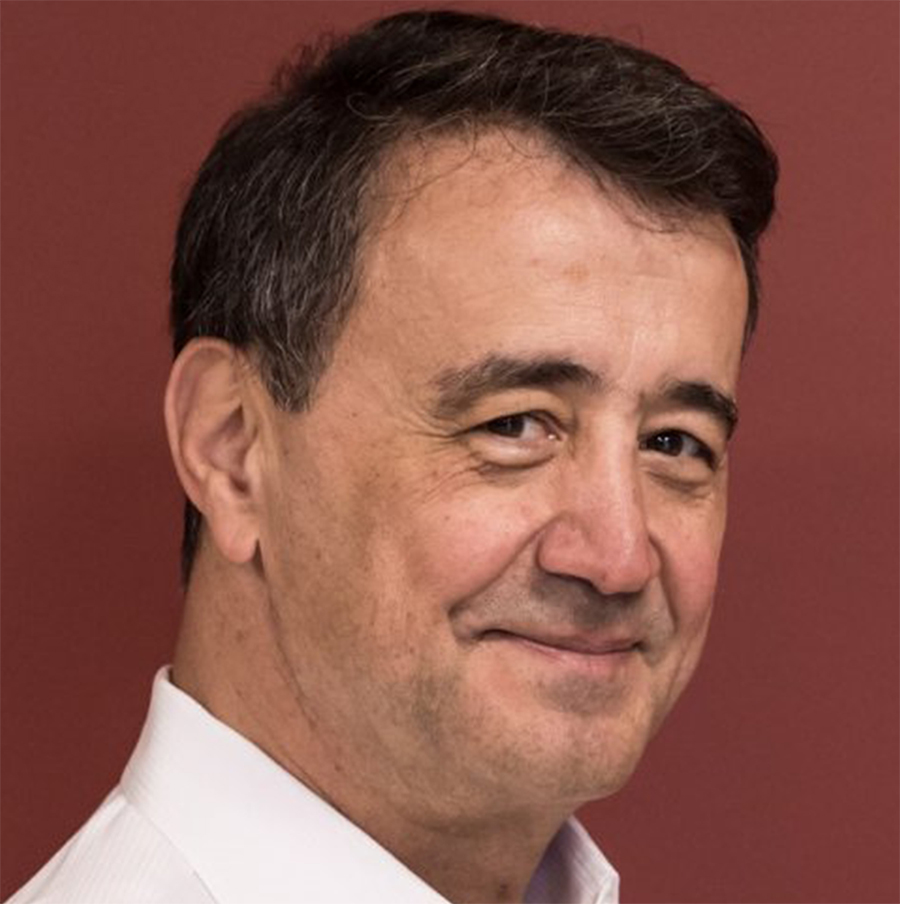 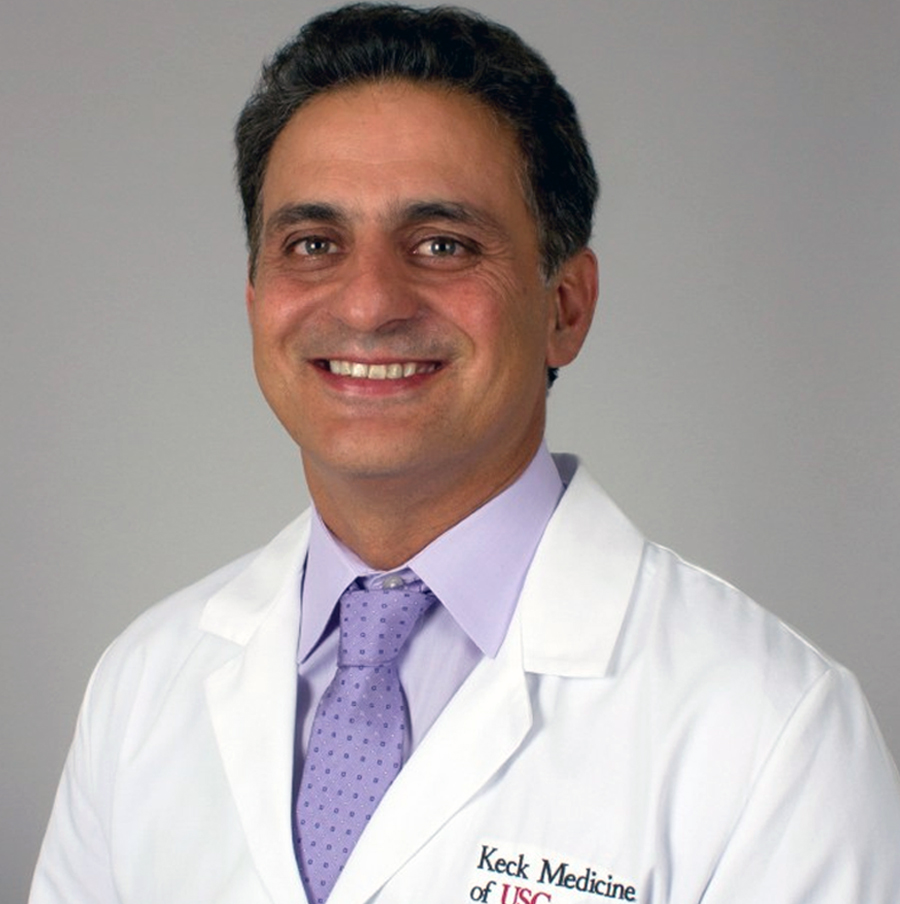 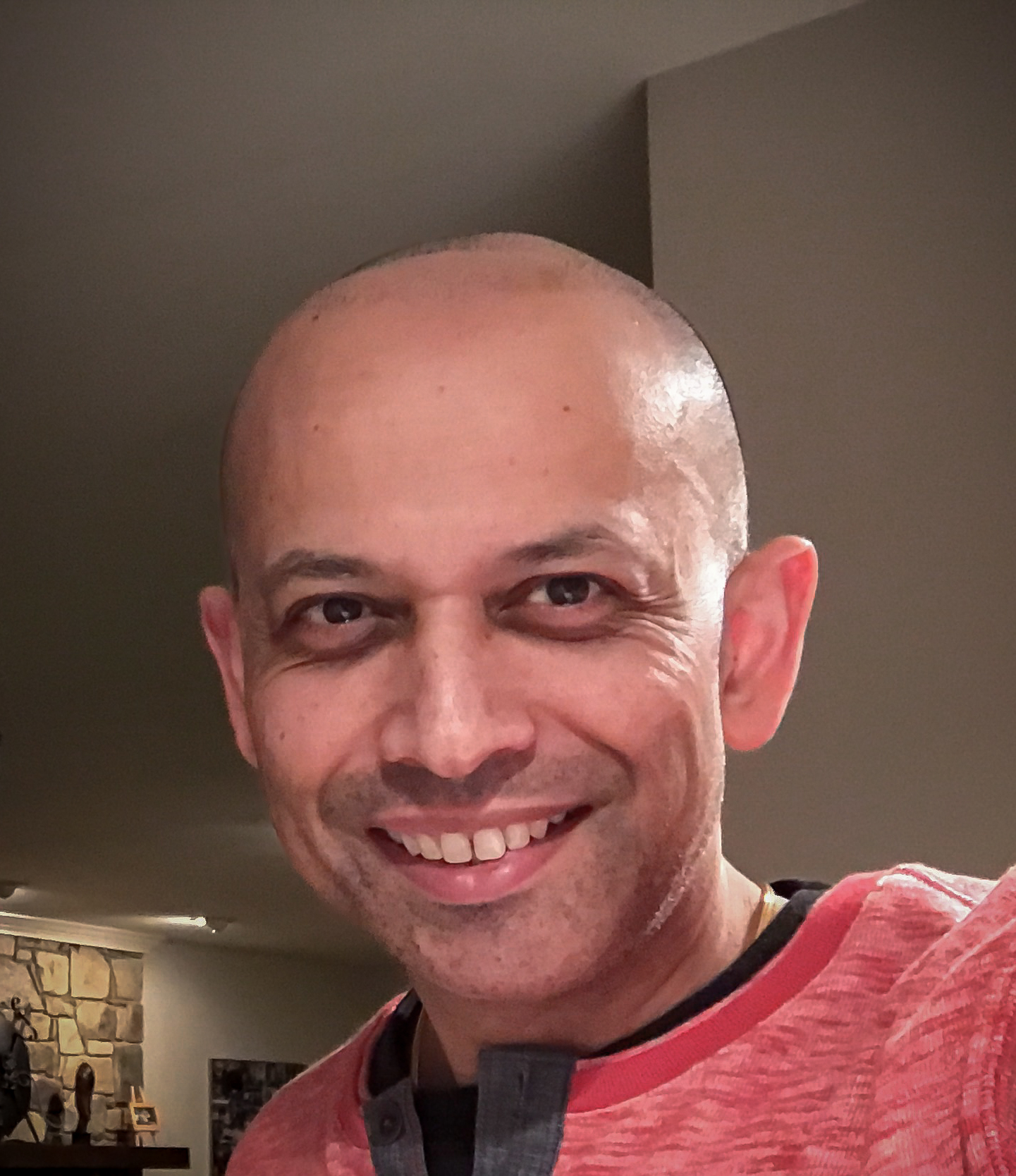 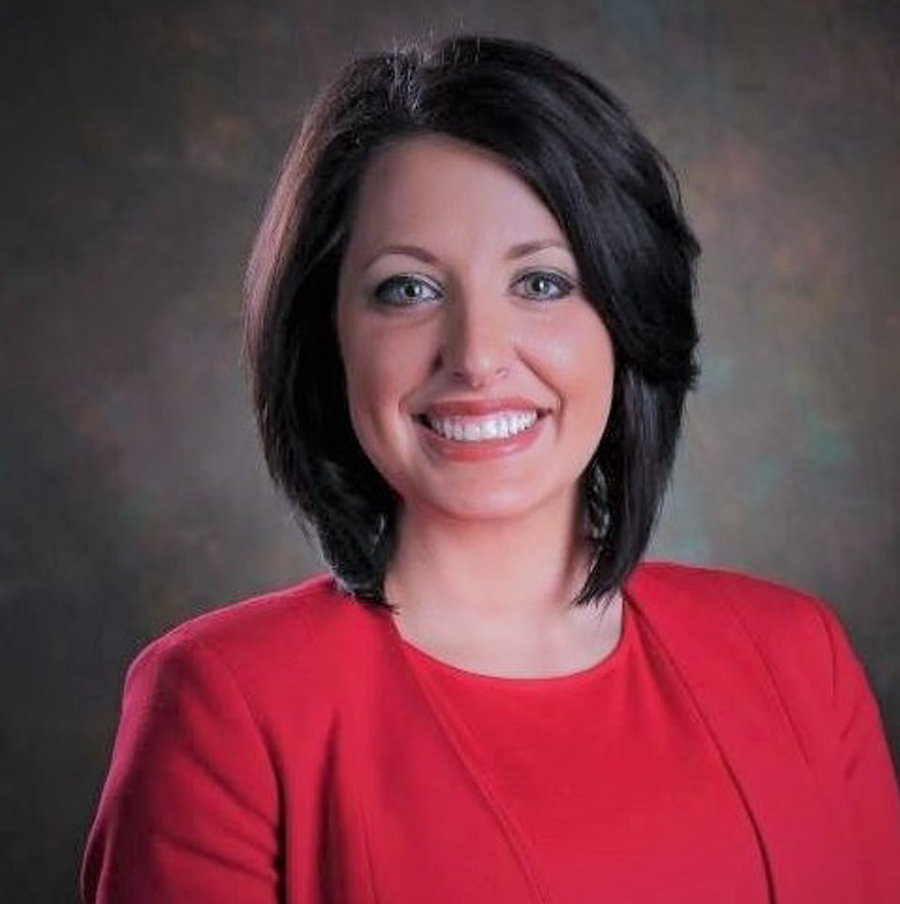 Accomplished healthcare executive with 10+ years of clinical care and an extensive background in healthcare IT, business operations, marketing and training. 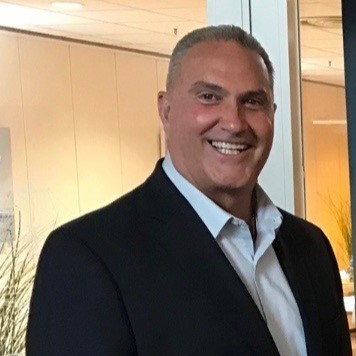 Sales, channels and marketing executive with extensive background in healthcare IT, business operations, marketing and training. Previously with QliqSOFT, Dell/EMC and other successful health IT consulting roles.

They say you're only as good as the people you surround yourself with. That's why we've assembled the best advisory team possible, with industry experts from across the globe. 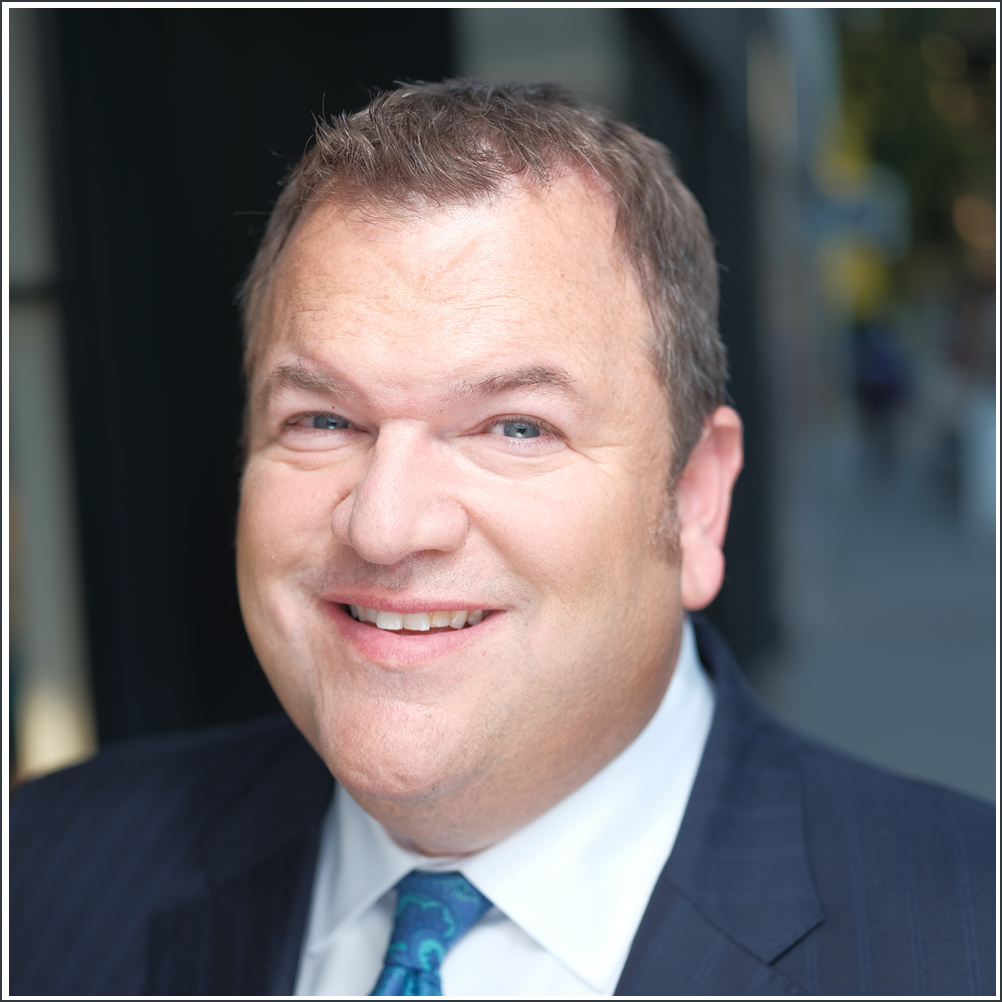 Harry Nelson is the founder and Managing Partner of Nelson Hardiman, LLP, the largest sole healthcare and life sciences law firm in Los Angeles. Harry has earned a national reputation as a leading expert on the future of US healthcare and is frequently called on to make sense of the most complex aspects of our healthcare system, delivering valuable insights for healthcare providers, government, consumers, employers, and investors. Government regulators and policymakers have turned to Nelson to advise on the most sensitive and challenging emerging health policy issues. He regularly testifies as an expert on healthcare compliance standards, including data privacy, corporate practice of medicine, and other issues. He is also the co-author of the 2017 book, From ObamaCare to Trumpcare: Why You Should Care, about the past, present, and future of US health policy. Harry has been recognized by Best Lawyers, Southern California Super Lawyers, and received a Martindale-Hubbell AV Preeminent rating annually since 2010. 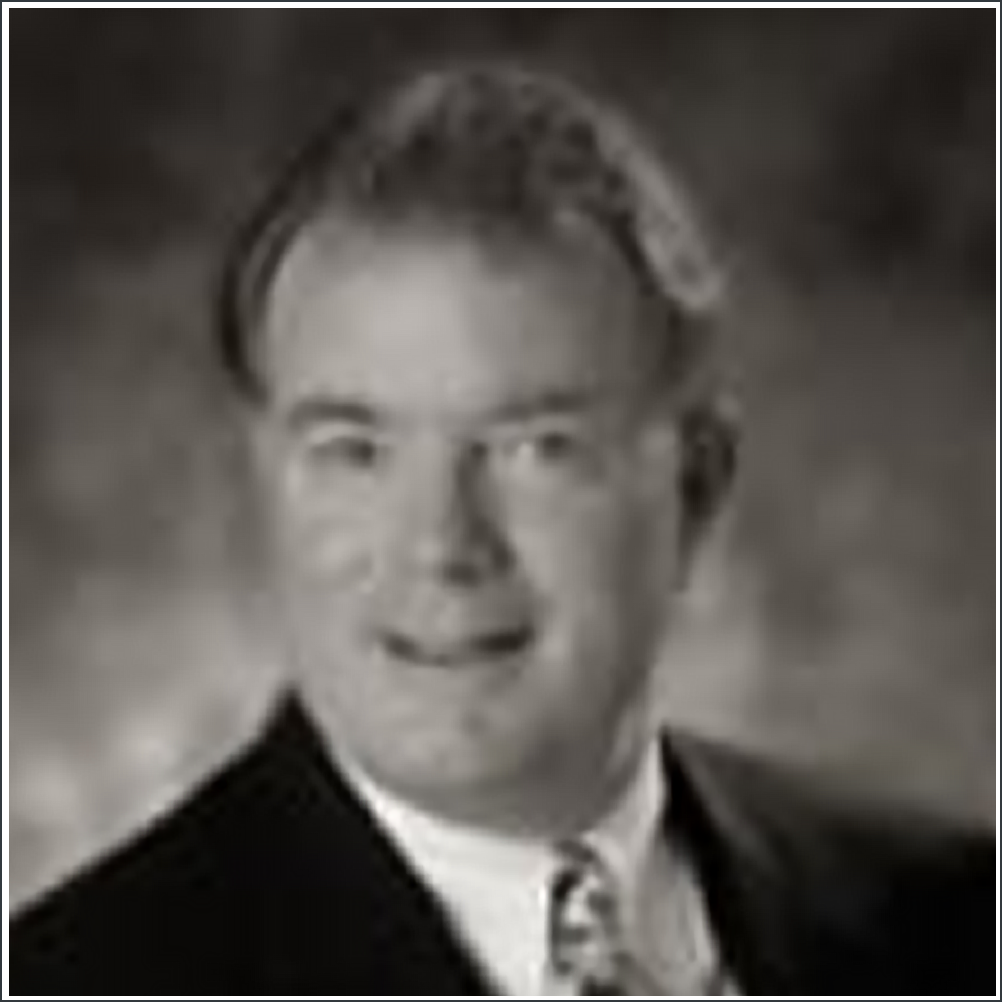 Bill has been recognized repeatedly as one of Southern California’s “Super Lawyers” by the editors of Law and Politics Magazine and for more than 20 years by Best Lawyers in America, a publication of Woodward White. Bill is currently a Board Member of Cedars Sinai Health System and a Board of Trustees and past Chairman of Torrance Memorial Medical Center. Born in Galveston, Texas, Bill graduated from Rice University in Houston, Texas, where he was President of Sid Richardson College and Chairman of the University’s Honor Council. He has a J.D. degree from Tulane University in New Orleans. He is currently admitted to practice law in the courts of Texas, Louisiana, and California. Before joining a private law practice on the U.S. West Coast, Bill served as in-house counsel with El Paso LNG Co. in Houston. 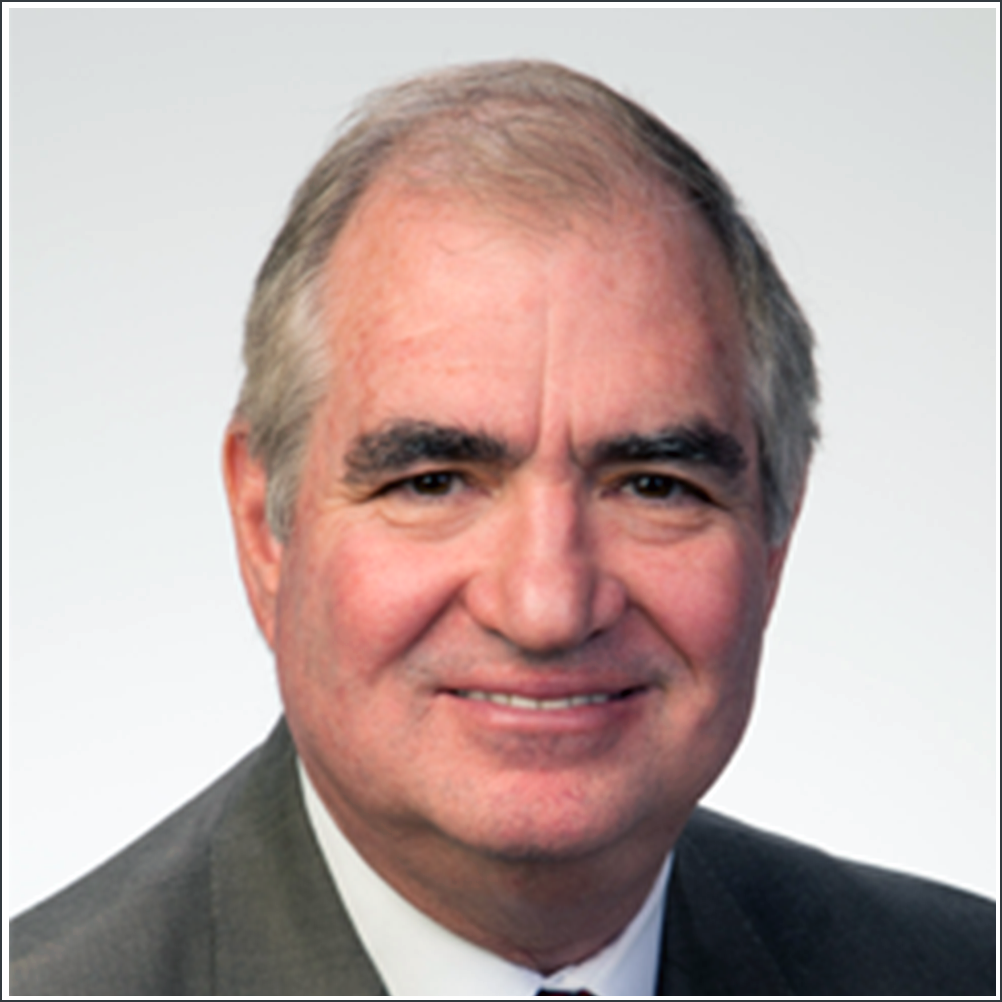 Dr. Steven Schwaitzberg is a nationally recognized pioneer of minimally invasive surgery. He is currently the Professor and Chairman, Department of Surgery, University of Buffalo Jacobs School of Medicine, and the Director of Surgical Programs at Great Lakes Health. Before UB, he was a Professor of Surgery at Harvard Medical School, Northeastern University, and Tufts University. He has also recently served as the President of SAGES (Society of American Gastrointestinal and Endoscopic Surgeons). This national organization works to improve patient care and advance the field of surgery. Dr. Schwaitzberg has undergone extensive training in minimally invasive surgery and has performed thousands of cases, teaching surgeons around the world. 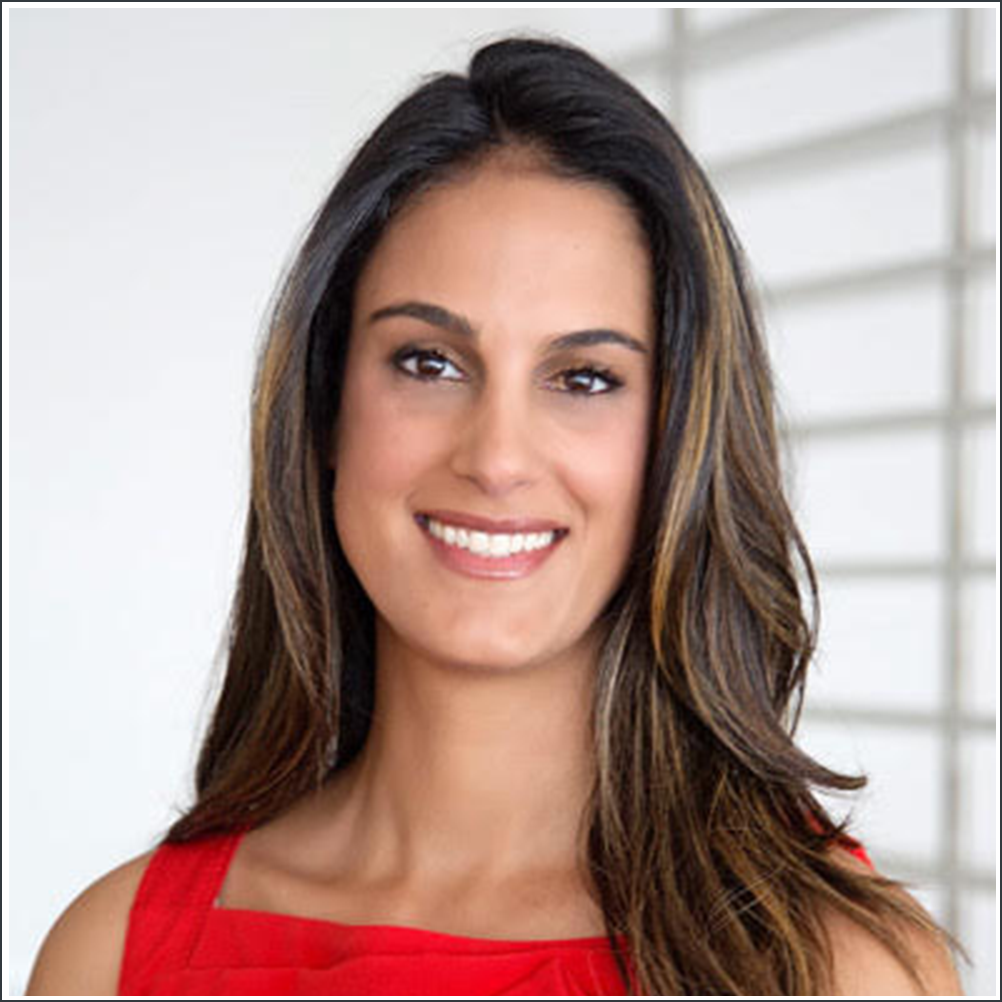 Dr. Nazarian is a Board Certified Plastic Surgeon with a private practice in Beverly Hills. She has a BA in economics with a premedical concentration from Columbia University, after which she matriculated into Yeshiva University’s Albert Einstein College of Medicine, and also completed a Masters in Medical Management degree from the Marshall School of Business at USC. She also serves as Assistant Professor in the Division of Plastic Surgery at the University of Southern California. She is the founder of Nazarian Plastic Surgery, Spa26, The Skin Spot e-commerce site, and the Nazarian Institute, where she brings thought leaders to teach entrepreneurs how to ThinkBIG! – Branding, Innovation, Growth. 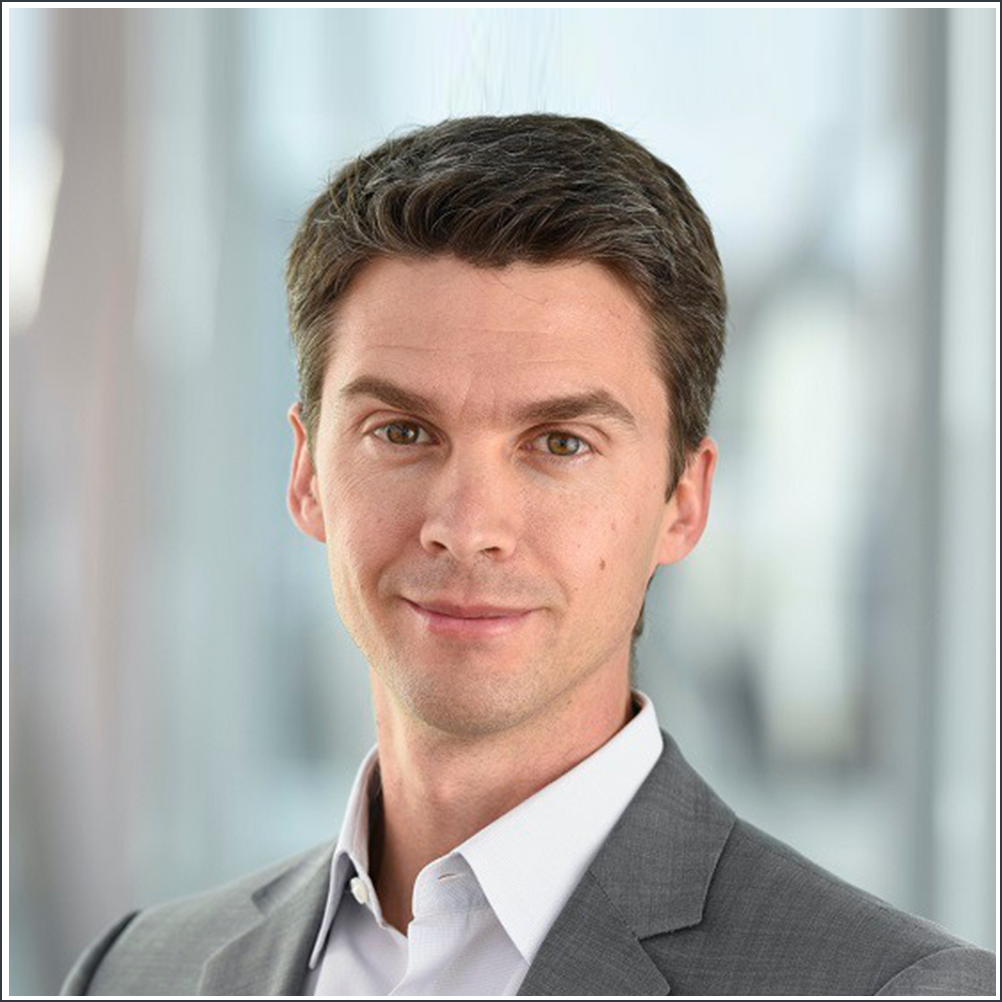 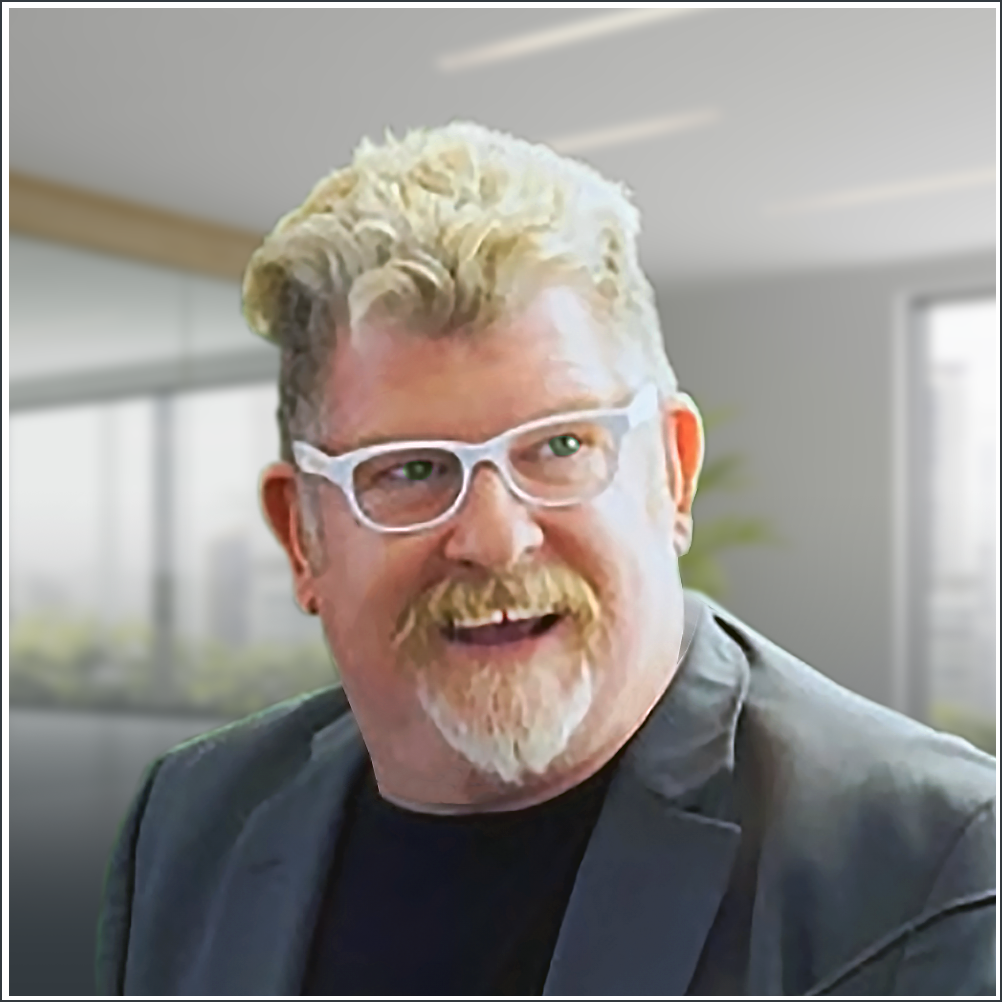 Richard is an eight-time finalist and two-time Primetime Emmy® winner for “Outstanding Achievement in Interactive Television” and “Outstanding Achievement in Advanced Media Technology.” For over 20 years, Richard has been a successful entrepreneur, thought leader, and creative technologist. As the founder of a media products and services company (now a part of Ericsson), he led numerous ground-breaking interactive media initiatives for Time Warner, Viacom, AOL, Sony, Disney, ABC, FOX, Comedy Central, MTV, Intel, Omnicom, Microsoft, and many others.Richard co-chairs the Experience Design Working Group at the Academy of Television Arts and Sciences, promoting industry innovation and excellence in XR, UX, VUI, XUI, and AI. Richard was honored by the Hollywood Reporter/Producers Guild of America’s year-end “Digital 50” outstanding media professionals and Streaming Magazine’s “Fifty Most Influential People in Streaming. 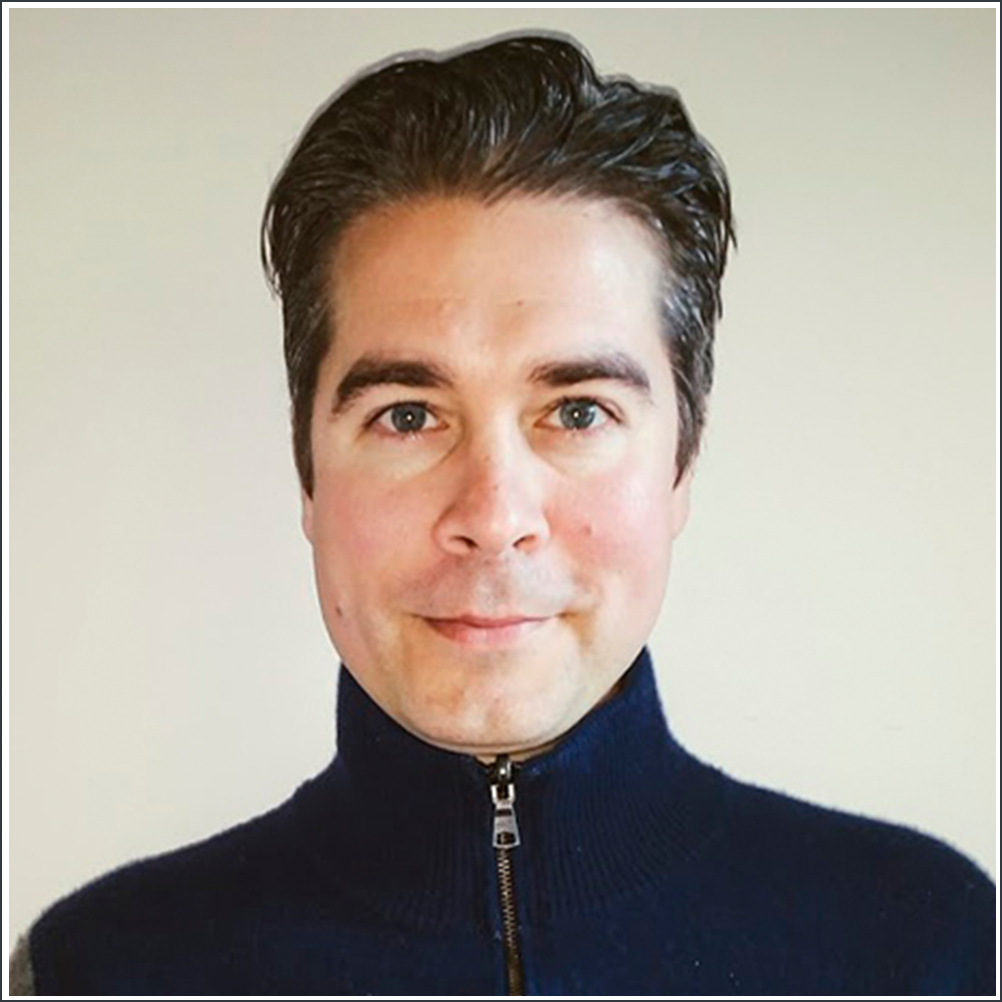 Todd Carlisle is currently the VP of People at Ipsy, an online beauty subscription, and media company. Before that, as the VP of HR at Twitter, he led the global teams of HR Business Partners, People Analytics, HR Systems, and Recruiting. Before Twitter, Todd spent 11 years at Google, where he founded the People Analytics team, was a Director of Recruiting whose teams hired 5000 people, and acted as a Director of HR for the Trust & Safety team. His work at on topics such as scientific hiring, the wisdom of crowds, and performance management has been covered by the Wall Street Journal, New York Times, National Public Radio, and the Harvard Business Review. Todd has a Ph.D. in Industrial/Organizational Psychology from Texas A&M University. 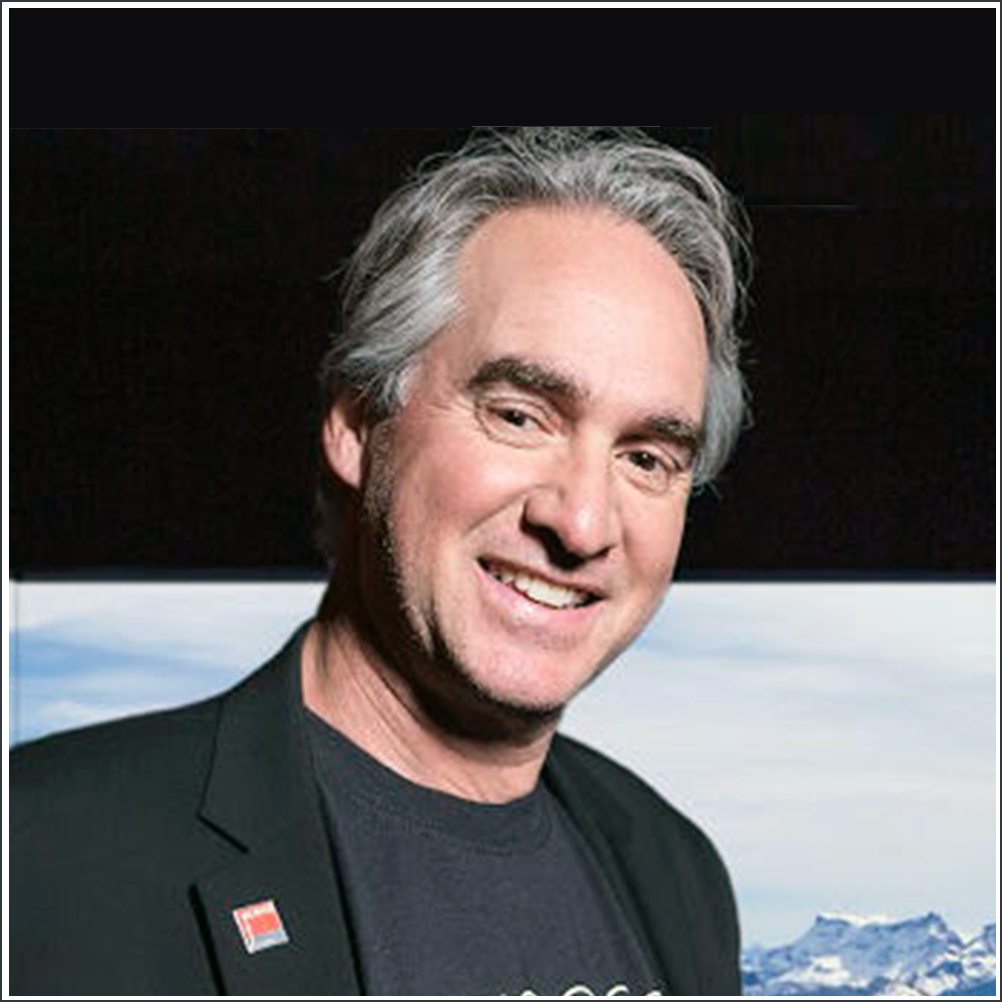 Prior to Paramount, Ted was the Futurist at 20th Century Fox, where he worked on the evolving art and science of advanced motion picture creation. Ted was founding member, first employee, and integral part of the product development team at RED Digital Cinema, which has made a significant impact on the Motion Picture Industry, with many of the world’s biggest movies being shot with these ultra-high-resolution digital movie cameras. He is also one of the founders and creators of the G-Tech product line of advanced hard drive storage products that are implemented worldwide for professional Television and Multimedia content creation. He has been featured in Wired, Variety, The Hollywood Reporter, NBC, Studio Daily, Videography, Film and Video, DV magazine, TV Technology, HD Video Pro Magazine, Digital Television Magazine, Engadget, Gizmodo, Millimeter, American Cinematographer, MacWorld, Post magazine, Popular Science, LA Times and countless other trade publications and mainstream press, discussing technology and product advancements in his areas of expertise. 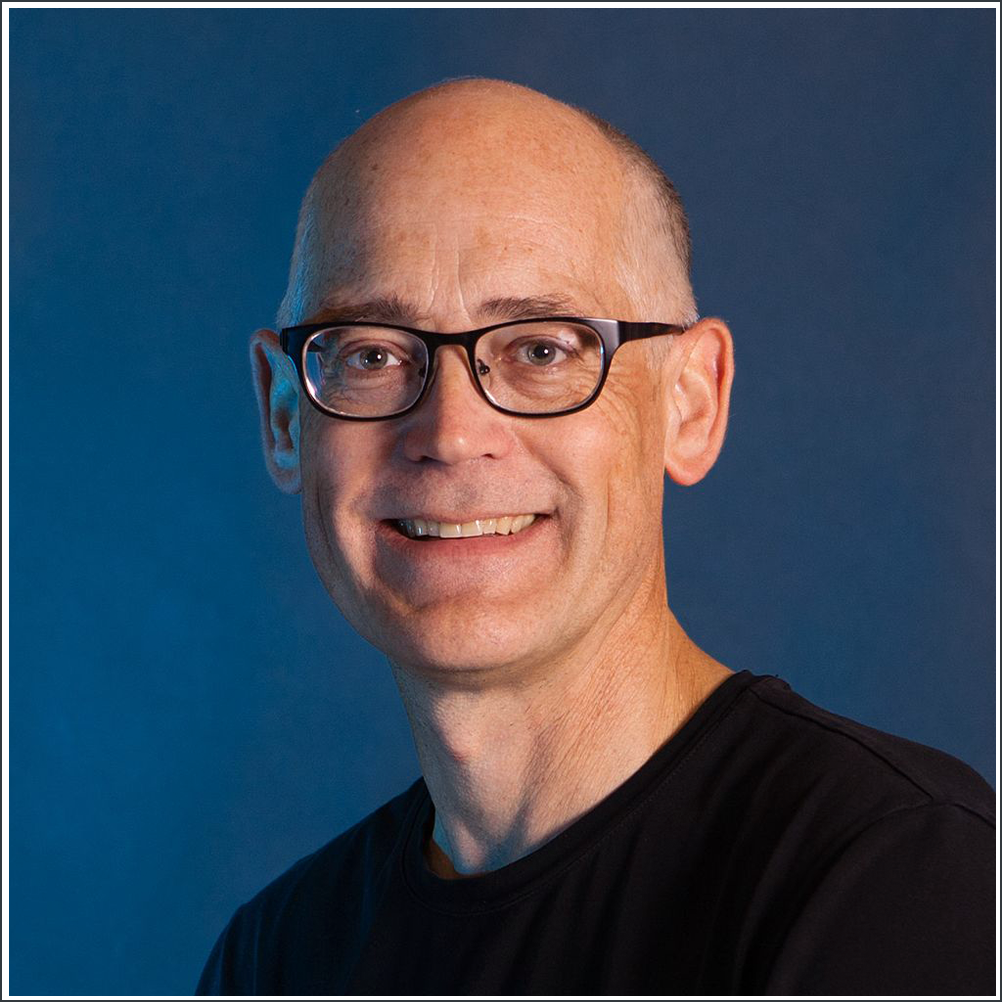 VP of AI and Machine Learning at Unity

Danny joined Unity from Uber, where he was the head of machine learning, leading the efforts to build the world’s most versatile Machine Learning platform to support Uber’s hyper-growth. Previously, he was the General Manager of Amazon Machine Learning — an AWS product that offers Machine Learning as a Cloud Service. Before Amazon, he was Principal Development Manager at Microsoft, where he led a product team focused on large-scale Machine Learning for Big Data. He also spent eight years on Speech Recognition Systems, first as CTO of General Magic, Inc., then through his work on General Motor’s OnStar Virtual Advisor, one of the largest deployments of an intelligent personal assistant until Siri. Danny started his career as a Computer Scientist at IBM Research. He holds MS and Ph.D. degrees in Computer Science from the Technical University of Denmark. He is a member of the ACM and IEEE Computer Societies and has several patents to his credit. 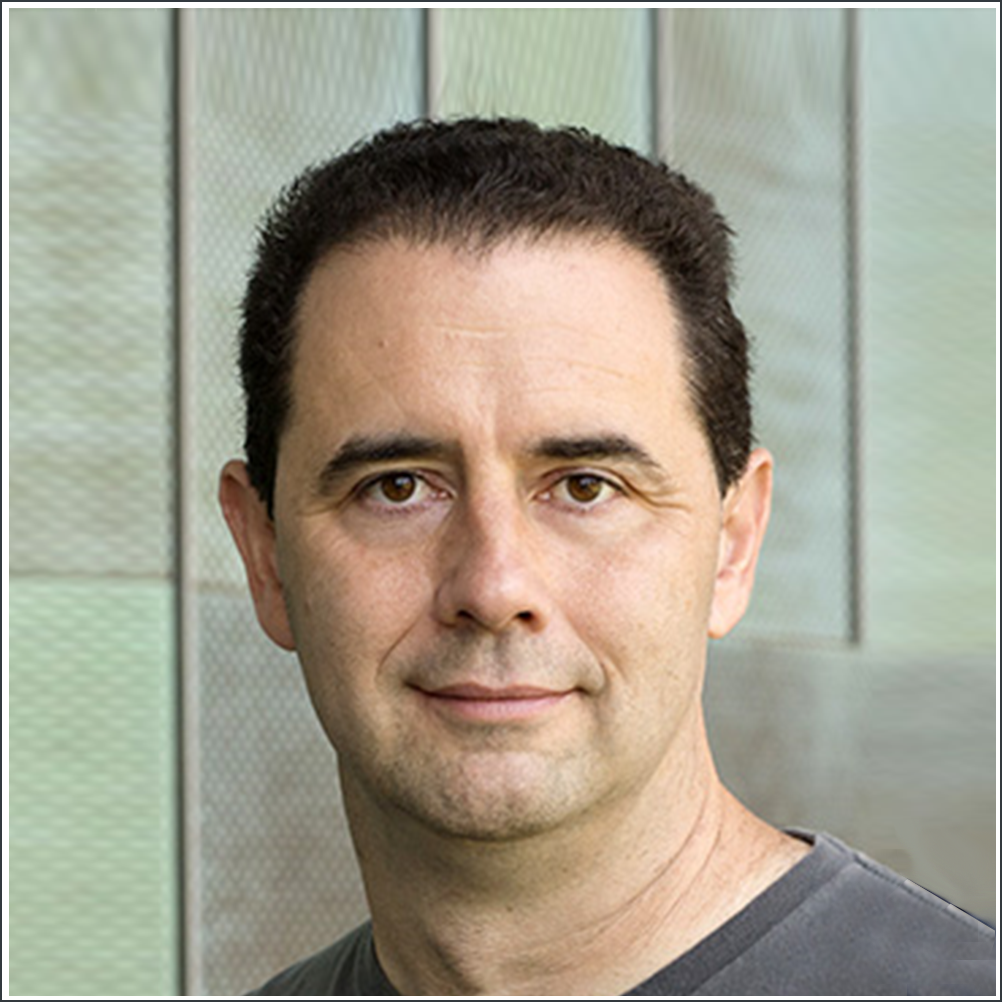 Steve is a renowned entrepreneur and a professor with deep expertise in a broad set of technologies, including VR, robotics, computer vision, filtering, sensor fusion, AI, control systems, and perceptual psychology. Until recently, he was the Chief Scientist of VR/AR/MR at Huawei, and before that, the Chief Scientist at Oculus VR until its $2 billion Facebook acquisition in 2014. Since 2001, he has been a professor of Computer Science at the University of Illinois at Urbana-Champaign while also teaching courses at Stanford and Iowa State. He has three books published on VR and robotics and over 150 scientific articles. Steve holds a Ph.D. in Electrical Engineering from the University of Illinois.

The Art & Science of Conversation